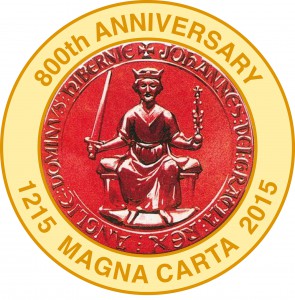 The Baronial Order of Magna Charta (BOMC) was founded in 1898 as The Baronial Order of Runnemede during the flowering of scholarly and popular interest in the history and development of the Anglo-Saxon people that characterized the final decades of Queen Victoria’s reign.

For over a century BOMC has been a leading proponent organization whose purpose is the promulgation and support of the principles set forth in that world-pervasive document — the Magna Carta.

The Order has been incorporated in the State of Pennsylvania as a non-profit corporation since1945, and is also registered with the IRS as a 501(c)(3) tax exempt organization. Individuals of good character who can prove descent from one or more of the 25 Sureties who were responsible for holding King John to the terms of the Great Charter he signed on 15 June 1215 at Runnymede meadow in England and five counselors of the King who were in sympathy with the Magna Charta will be considered for membership.

The Baronial Order of Magna Charta…

The Order’s continued relevance was enhanced by its participation in 1987 with the display and interpretation in Philadelphia of a 13th century copy owned by Ross Perot. This helped to support the increased interest in America’s traditions of freedom arising from the Bicentennial Celebration of the Constitution of the United States in that year and of the United States Bill of Rights in 1991. In October of 1993, the Marshal of the Order was named a Trustee of the Magna Carta Trust in England.

In 2009, several of the Order’s Banners were loaned to Fraunces Tavern Museum in New York City to support a special “Foundations of Freedom” exhibit featuring the Lincoln Cathedral Magna Carta. Hugh of Wells, Bishop of Lincoln, brought the copy to the cathedral upon his return from Runnymede in 1215, and it has been there ever since.

The Order meets two times each year — at a Breakfast Meeting in Washington, DC during “Hereditary Week” each April and in the Fall.